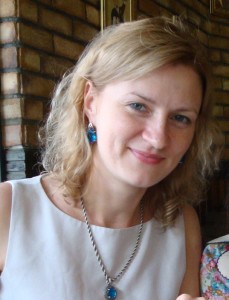 Dr. Ievgeniia Diadko has a PhD in Economic Theory from National Mining University, Dnipropetrovsk. The title of her thesis was The socialization of economy through mortgage crediting system development, parts of which were published in Housing Finance International, 2007.

Besides she is interested in European studies, cross-cultural leadership, and ethics.

Ievgeniia has been a participant of distance learning course “Experiential Cross-cultural Leadership” at the University of Tennessee, USA (2006); an Tempus program participant at The University of Göttingen, Germany (2008); participant of Business course at Stockholm School of Economics, Sweden (2008); a fellow of Lane Kirkland Program at Adam Mickiewicz University in Poznań, Poland (2014-2015); a visitor of European Institutions in Brussels as an internship within her post-graduate course “Cultural industries in urban and regional development policy” (2015).

Ievgeniia worked as a lecturer at Alfred Nobel University, Dnipropetrovsk (Ukraine) for 11 years, 6 of which as an Assistant Professor. She is currently self-employed as an academic editor in Krakow (Poland). 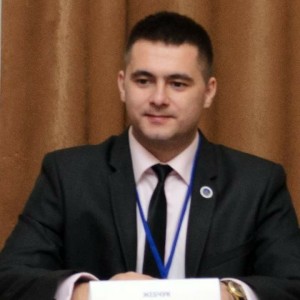 In 2016-2017 he was a fellow in Polish Government Educational Program for Young Scholars and visited Studium Europy Wschodniej, Warsaw University and Cracow University of Economics (Poland). In 2016 Roman completed the course “Business Practice in Norway: Management Control from Nordic Perspective” at Nord University Business School (Bodo, Norway). In 2014 he took part in educational program for young politicians of local and regional level and representatives of civil society at Konrad Adenauer Stiftung (Berlin, Germany). Since 2012 he has been a member of the Council of Young Scholars of the Ministry of Education and Science in Ukraine.

Currently Roman is a lecturer at the Faculty of Economics, Yuriy Fedkovych Chernivtsi National University and works at Malopolska School of Public Administration (Cracow University of Economics, Poland) as a team member in the DOBRE project (Decentralization Offering Better Results and Efficiency), USAID-funded.

Maksym Lytovka has a Master degree in Mechanical Engineering from Zaporizhzhia State Engineering Academy (2011).
He is an author of five rationalization projects during his work in JSC Zaporizhstal (2007-2014).

Additionally he is a fellow of Lane Kirkland Program with a topic “Management of Production Process During Innovation and Modernization in Metallurgical Sector” at AGH University of Science and Technology in Kraków, Poland (2014-2015).
Maksym participated in the Annual Conference organized by The British Association for Slavonic and East European Studies (BASEES) with a paper “The Ukrainian Iron and Steel Industry in the Context of Armed Conflict in Eastern Ukraine” (2015, Cambridge).
Presently he is interested in Computer Science and IT, and fascinated by New Technologies. 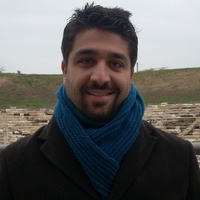 Dr. Konstantinos D. Karatzas has a PhD in Modern History from the University of Zaragoza in Spain (2017).

He is specialized in American history with a particular interest in African American history and political and racial violence. His work focuses on the 1921 Tulsa, Oklahoma Race War, the Civil Rights Movement, the interpretation of violence and race in the United States along with the examination of massive memory, areas that has also explored during his MA studies at the University of Leiden in the Netherlands. He has received the first-ever scholarship for doctoral studies in American History by the Greek State Scholarships Foundation (IKY).
In 2016 and 2017, Konstantinos has been a guest scholar at the University of Zaragoza, Spain, the University of Alcala, Spain, the University of Kent, Canterbury, UK and Adam Mickiewicz University, Poland and has presented in international conferences in Europe and the United States. Among others, he organized and chaired the panels: “African American History: Aspects of Racism and Violence”, at the 2016 EAAS International Conference in Romania.
He is the guest editor of the 2017 and 2018 special issues on violence of the European Journal of American Culture (EJAC). He is the head of the Economic History department at the Institute of International Economic Relations (IDOS) based in Athens, Greece. During the 2017 summer, Konstantinos had been a visiting scholar at the Universities of South Florida, Florida-Gainesville and Central Florida where he explored the racial history of Florida.

Prof. Yulia Frolova has PhD and habilitation in Sociology from Moscow State University (2007).
The title of her thesis was “Social and cultural changes in the modern Russian multi-ethnic province” parts of which were published in four monographs, several collective monographs and more than one hundred publications of various kinds. Her working experience at universities is more than twenty years.
Her professional research interests are: frontier societies; the system of young people’s values; the modern social and economic processes and changes in the social structure of societies; the problem of poverty and social stratification in contemporary societies; the ethno-cultural strains and conflicts; the migration, with special reference to depopulation in the outflow countries, migration pressures and absorption, control of migration flows.
She is an active participant of numerous international scientific conferences and events: 21st International Summer University at the Institute of Advanced Studies Koszeg, Hungary (2016); “Italian” CILS (Certificazione di Italiano come Lingua Straniera) at Università per Stranieri di Siena, Italy (2013); and others.
Currently she is a Head of the Department of Humanities at Caspian Institute of Sea & River Transport (Astrakhan, Russia).